Importance of documentation in Y4

JKL to scrub and play

New Ways of Seeing on Radio 4

Warn of advances in digital technologies to the average reader

Dangers in modern society and who controls the tech

Bias is hard to avoid- language has built-in biasses

Outside the exhibition, a large wooden structure fills a room. The piece is titled ‘up-sticks’, a term used to describe the act of leaving one’s home in haste. The V&A museum commissioned the architect, Gramazio Kohler to design a piece that was the product of traditional Scottish engineering, and computer-based architecture.

Kohler built a wooden structure that stands without any adhesive or nails. The structure was built by two machines, one prepared the planks, and the other put them in place.

There were a few interesting artefacts in this area including a machine that will play five-finger fillet at very high speeds, several videos, and a drone.

There was a collection of photographs that all depicted smartphone-users with the phone edited out.

I’m not sure if this kind of work was ever considered profound but it managed to make its way into this exhibition.

There was a music video by Mike Winkelmann (known online as Beeple) depicting a robot street party gone wrong.

Another piece, When The Home Stops by Joseph Popper shows a mans struggle when the technology that performs simple everyday tasks stops working.

50 students at ECAL were given Thymio Robots. The video below is the result.

The next area discusses the impact of robots on production.

The Last Job on Earth: Imagining a Fully Automated Future imagines a future in which all jobs are done by robots. We see unemployment is rife and as a result so is poverty. Our protagonist is often presented in a manner in which her alienation is shown.

Although the animation is pleasant, I feel it misdiagnoses the problem. The automation of human work is not necessarily a bad thing. Instead, the problem is capitalism. Since the industrial revolution, as productivity skyrocketed, workers wages did not rise, and hours did not fall. The increase in production produced more profit for those who own the means of production.

There was a table that displayed many 3D printed objects made from different materials.

Manifest, RobotLab, 2008 consists of a robot arm that perpetually writes manifestos consisting of 8 statements relating to art and philosophy that it selects from a hard disk. There is plenty of ground for interpretation in this piece. I also got to take one of its manifestos home.

On the opposite wall, is a haiku on blue paint reading “I don’t need a studio, I need a pool”. The piece is titled RR Haiku 154 and was written by Rafael Rozendaal.

This area is crammed full of pieces of design with some relevance to robotics. There was a surprising number of objects that I have encountered during my time at GSA such as Dunne and Raby’s Technological Dream Series , HYPER-REALITY by Keiichi Matsuda, the End of Life Care Machine by Dan Chen

This section also included a robot that is used to carry injured soldiers. It has a teddy bear head to distract the soldier from its claws and trank treads. 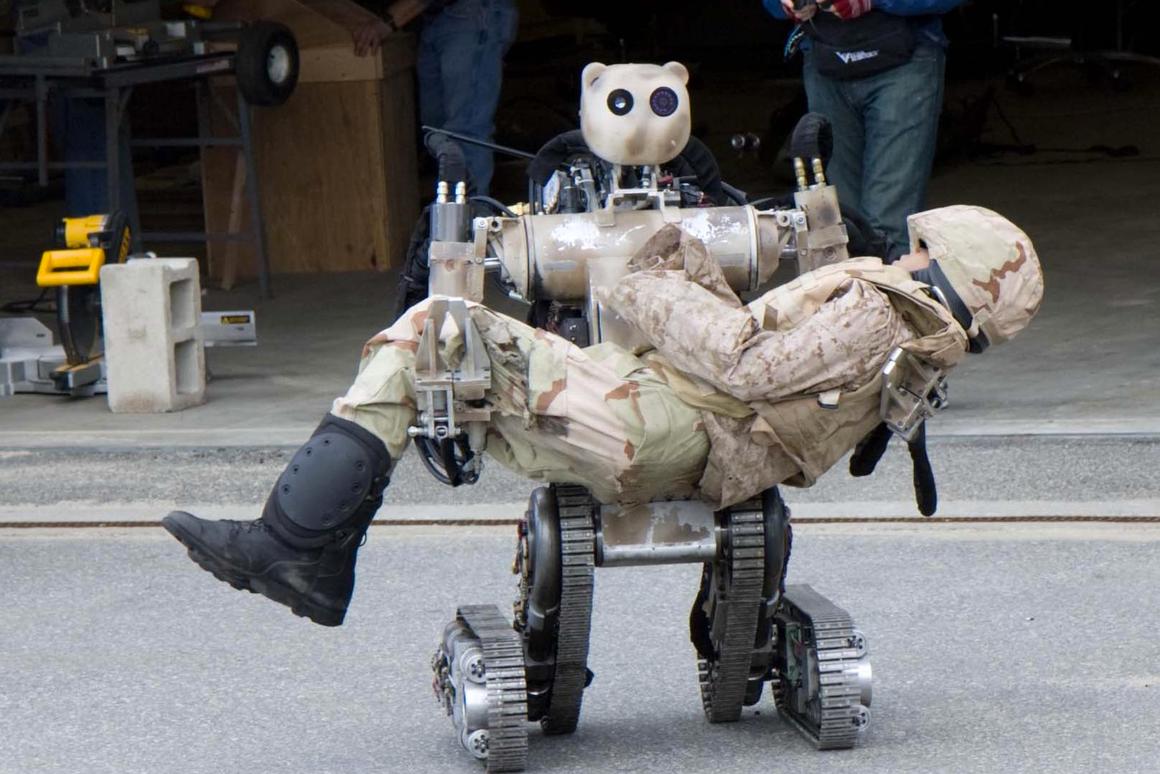